PICOF.net is an international photography website where you can share and discuss photos, meet other people that are passionate about photography, post and receive valuable critiques and participate in weekly and monthly contests.

Following an important interface update, Liviu wanted me to create a mascot that would get people’s attention and make their stay on the website more enjoyable. With that in mind, I started looking at what kinds of mascots other sites were using. After a little searching, I found that Twitter, GitHub, Duolingo, Firefox, Thunderbird, MailChimp and others had animals that represented them. Although the Internet might be ruled by cats (and I do love them), we agreed that a dog would be a better embodiment of the passion and curiosity Picof’s community of photographers possesses. That’s how Paco, a photographer’s best friend, came to be. 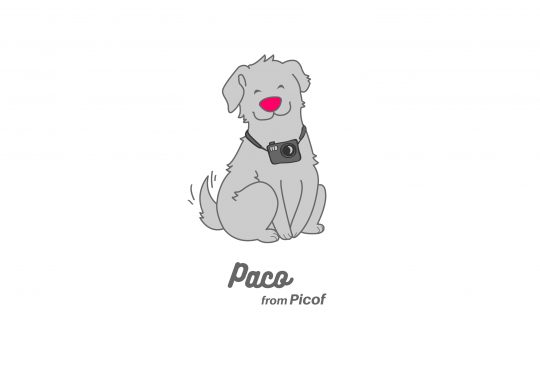 Once we decided on the type of animal to use, I wanted to depict a local breed to give it a bit more relevance and personality. I looked at the Carpathian Shepherd and the Mioritic Sheepdog and based my sketches off their characteristics. I tried different sizes and postures, experimented with some cartoonish versions but in order to get a cute and loveable pooch, I decided that a big frame and a full coat would work better. 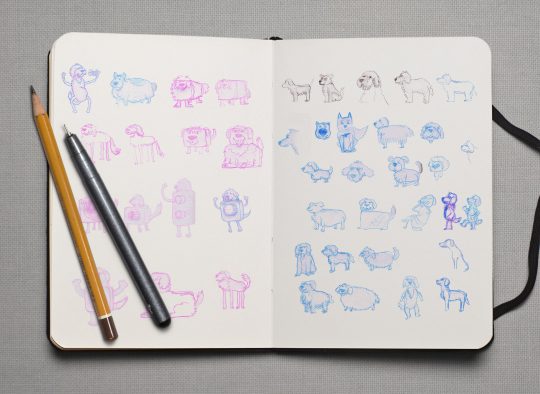 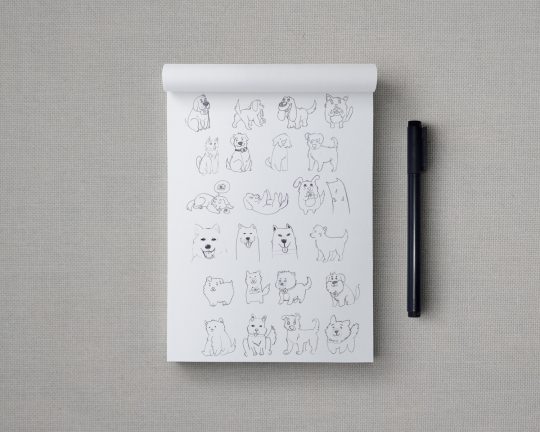 In the sketches I wanted him to have a bit of texture at the edges of his coat, but when transitioning from paper to digital I simplified and stylized the drawing further and the extra detail became distracting so I left it out. There were many digital reiterations where I dialed in the shape relations and proportions so that Paco would look like an energetic, enthusiastic pup. I used Picof’s color scheme to make him more lifelike and fit in perfectly with the website (as the breeds he was based on also have grey coats). 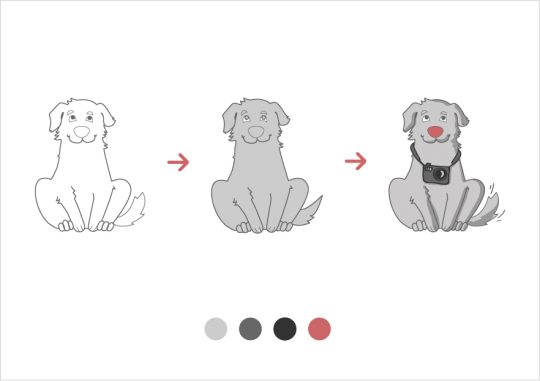 From the start, a very important part of his appearance were going to be his expressions. I couldn’t pass up the opportunity so I created four images instead of one, each showing Paco in a different position and engaged in a different activity. In order for him to be a photographer’s best friend, he had to be mad about photography, even if not necessarily a pro. So I drew him playing around with a camera in order to show that Picof is all about wanting to improve and enjoying the whole process along the way. 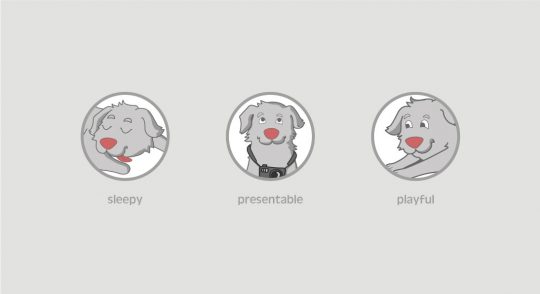 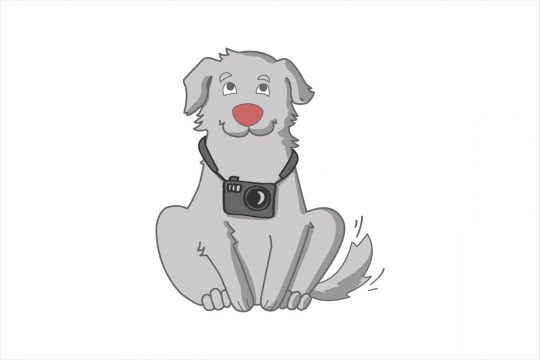 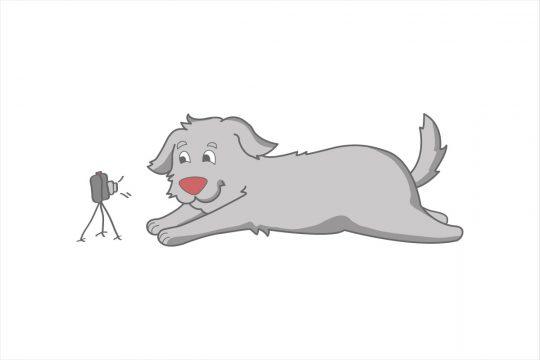 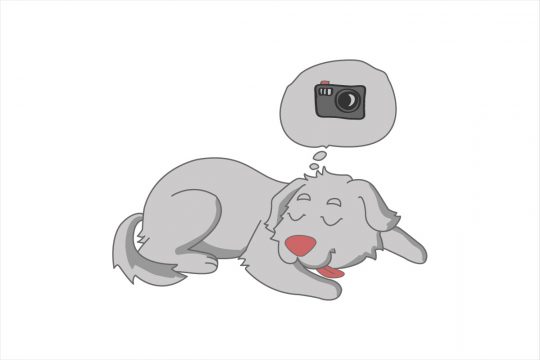 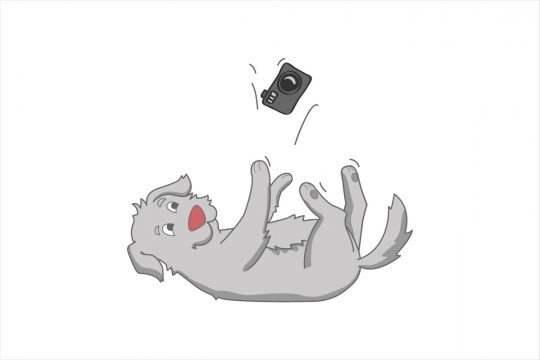 I mentioned to Liviu that Paco would look great on a pin and that would give users something they could recognize each other with and he liked the idea so much that for a while he thought of awarding the winner of each contest an official Picof pin featuring one of Paco’s postures (ultimately, the large number of contests made it difficult to reliably ship the pins so he couldn’t go through with it).

I hope you enjoyed my post on how I created the mascot for PICOF.net as much as I did drawing Paco. If you found it helpful and would like me to talk about the process behind some of my other projects just leave me a comment.